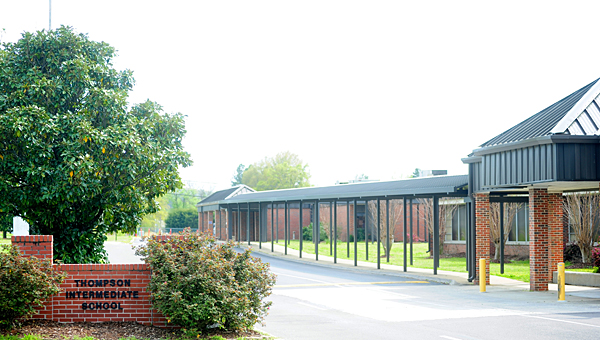 ALABASTER – Higher-than-projected sales tax collections have led to a significant increase in the amount of money flowing into the Alabaster school fund so far this fiscal year, city leaders said during a June 4 work session.

Through the end of April, which was a little more than halfway through Alabaster’s fiscal year, the city had seen an about 7-percent increase in its projected sales tax collections compared with the same time period in 2014.

Because some of the city’s sales taxes are tied to incentives packages – such as sales taxes generated at Dick’s Sporting Goods and Panda Express – and will be rebated to the companies at the end of the year, Alabaster City Manager George Henry said the city’s overall sales tax collections are about 5 percent up from last year.

One penny of Alabaster’s 9-cent sales tax is earmarked for the city’s school fund, which can only be accessed by the Alabaster City School System. The penny tied to the school fund is not included in any incentives packages.

Because sales tax collections are up compared to 2014, the Alabaster school fund has seen an increase of $101,536 compared to this time last year, Henry said.

Through the end of April, Alabaster had also seen an increase in its business license collections, which were up $606,000 compared to last year and were over budget by $143,000.

“However if the averages work out like in years past, we will collect another $208,000 before year end,” Henry said of the property taxes.

During the work session, Alabaster Mayor Marty Handlon said she would like to begin setting aside some of the city’s surplus revenue to cover future capital projects, such as road widening and repaving projects.

“With Mayor Handlon’s operational leadership, we are experiencing positive results,” Henry said. “Moreover, even though these number indicate we are doing rather well, we must still be diligent and conservative in light of many unknowns and pending obligations.”