Made with love: Hoover bakery serves up family recipes 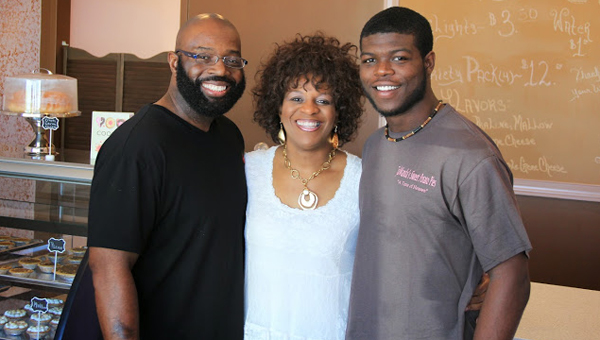 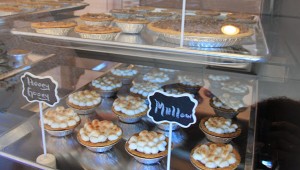 “I put a lot of love in my sweet potato pies and I pray over them, and that’s the honest truth,” Jackson said. “The love and the prayer are what makes them special.”

Every morning at 8 a.m., Jackson and her husband, Eddie, arrive at their bakery, JaWanda’s Sweet Potato Pies, to bake fresh, made-from-scratch goods for the day.

“We start with prayer,” Jackson said. “Then we move on to preparing our pies.”

JaWanda’s Sweet Potato Pies serves seven varieties of sweet potato pies, from the ever-popular original pie to a marble chocolate pie. In addition to the signature sweet potato pies, there are also a variety of cakes and peach cobbler.

Jackson’s love of baking began as a child in the kitchen with her mother.

In fact, the peach cobbler served at Jackson’s bakery is made from her mother’s recipe.

“I wanted to perfect the recipe,” Jackson said. “I just started baking for friends and family.”

“It almost feels like a dream, like you’re in a fairy tale,” Jackson said. “I always had a desire to own my own business, but I never thought it would be by way of pies.”

“We wanted this place to be like coming to your grandmother’s kitchen,” Jackson said. “That’s the atmosphere we tried to create in this place… I don’t want it to just be that I’m known for the taste of my pies, but for the love that goes with it.”

JaWanda’s Sweet Potato Pies is located at 5291 Valleydale Road, Suite 111. The bakery is open Tuesdays through Fridays from 10:30 a.m. to 5:30 p.m. and Saturdays from 10 a.m. to 4 p.m. For more information, visit Jawandasweetpotatopie.com.