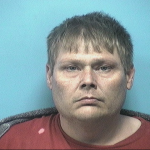 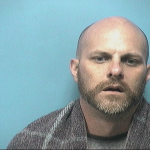 McConnell is facing 12 felony charges of unlawful breaking and entering a vehicle, seven felony second-degree theft of property charges, one felony charge of possession of a controlled substance, two fraudulent use of a credit or debit card, five misdemeanor possession of drug paraphernalia charges and five misdemeanor third-degree theft of property charges.

Alabaster Police Chief Curtis Rigney said the arrests came during the early morning hours of June 2 after the Alabaster Police Department received a call from a Grande View resident reporting a suspicious vehicle in the neighborhood.

When officers arrived on the scene, they discovered many allegedly stolen items in the suspects’ vehicle, and received several stole property reports from neighborhood residents, Rigney said.

“We returned a lot of the evidence to the owners,” Rigney said.

The property, all of which was stolen from unlocked vehicles, ranged from change and cash to laptops and sunglasses. Rigney encouraged all residents to ensure their vehicles are locked when not in use.

“Even though Alabaster is a safe community to live in, residents still need to take precautions to secure their belongings,” Rigney said.

Unlawful breaking and entering a vehicle, second-degree theft of property, possession of a controlled substance and fraudulent use of a debit or credit card are all Class C felonies, and carry possible sentences of up to 10 years in prison upon conviction.