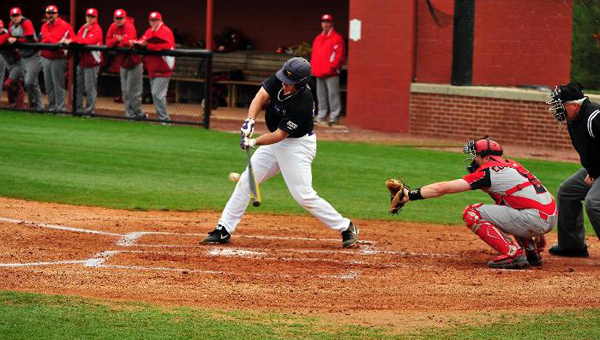 Vinny Rodriguez has been named a third team CoSIDA Capital One Academic All-American in baseball. (Contributed)

MONTEVALLO – University of Montevallo senior Vinny Rodriguez has been named a third team CoSIDA Capital One Academic All-American in baseball.

Rodriguez, a Flint, Mich. native who owns a 3.40 grade-point average as a Spanish major, earned his first Academic All-American selection at the designated hitter position on the team recognizing the top student-athletes in NCAA Division II for their combined performances athletically and in the classroom.

“I’m really proud of Vinny for receiving this honor,” said Montevallo baseball coach Chandler Rose. “We stress the importance of academics constantly and Vinny has been a fantastic student the past five years on top of being a great player. This award is a credit to Vinny’s work ethic and dedication to his academics.”

Rodriguez, a product of Shades Valley High School in Birmingham, finished his senior season with a .397 batting average while setting a new program record with a 28-game hitting streak during the year.

Rodriguez’s .397 batting average ranked him eighth in the Peach Belt Conference this season.