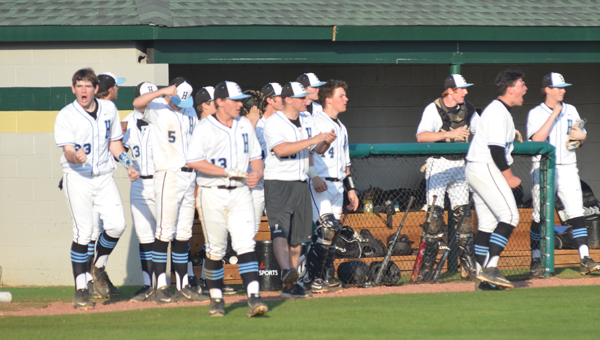 30 athletes in baseball and softball combined from Shelby County were named to the ASWA All-State baseball lists in their respective classifications. (File)

The Alabama Sports Writers Association released its All-State baseball and softball teams for 1A-7A along with its AISA All-State teams, and a number of Shelby County athletes fell somewhere on these lists. Seventeen baseball and 13 softball players, to be precise, were selected to either the First, Second, or Honorable Mention teams in their respective classifications. There were also two Coaches of the Year, two Pitchers of the Year and one Hitter of the Year selected from Shelby County as well.

Mason Duke, a senior from Spain Park, and Haley Crumpton, a senior from Thompson, were named the 7A Pitcher of the Year for baseball and softball, respectively. Crumpton was also the Player of the Year in Shelby County and her incredible season and career have been talked about in full, but still bear repeating. Crumpton threw 114 games in high school and finished her career with a 77-35-2 mark. She pitched 46 of those games in her senior season and finished her 2015 campaign with a 32-14 record and an ERA of 0.90. Mason Duke was the Spain Park ace responsible in part for keeping the Jaguars in the top five of class 7A all season, and finished with a 7-2 record in 2015, pitching 60 innings, racking up 77 strikeouts and registering an ERA of 1.40 ERA.

In addition to having Duke be named the 7A Pitcher of the Year, Spain Park also laid claim to the 7A softball Hitter of the Year in Mary Katherine Bonamy. Bonamy, a first-base commit to Notre Dame, smacked 12 home runs, had a whopping 55 RBIs and 64 hits, and finished with a .478 batting average and a .878 slugging percentage.

The rest of the athletes nominated are as follows: