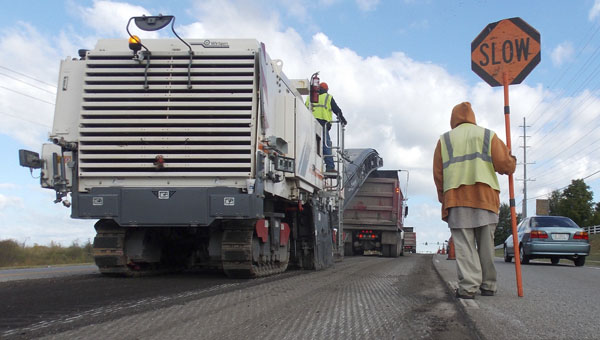 Construction on Alabama 47 began June 9 and will last the next several days. Motorists should expect traffic delays and lane closures. (File)

A construction project to resurface Shelby County 47 has begun and will result in temporary lane closures and traffic delays for motorists using the heavily traveled road between Chelsea and Columbiana over the next few days.

The project started June 9 and stretches from the intersection of Shelby County 47 and County Road 49 south to Alabama 25 in Columbiana, Shelby County Engineer Randy Cole said in a June 9 interview.

“We’re doing a crack sealing operation this week before there is a final seal coat of asphalt installed,” Cole said. “This phase won’t take but a couple of days, weather cooperating.”

Cole said motorists should be prepared for delays and a “rolling lane closure” near places of construction activity along the road this week.

“Expect delays and try to leave earlier than normal to avoid the inevitable conflict,” Cole said. “The main thing is we want them to just drive safe, slow down and watch for traffic to stop. Safety is paramount.”

Depending on the weather, crews likely will be working on the road from about 8 a.m. to 5 p.m.

Alabaster has seen a rise in its number of annexation requests over the past few weeks. (File) By NEAL WAGNER... read more