In the clouds: One man’s journey up 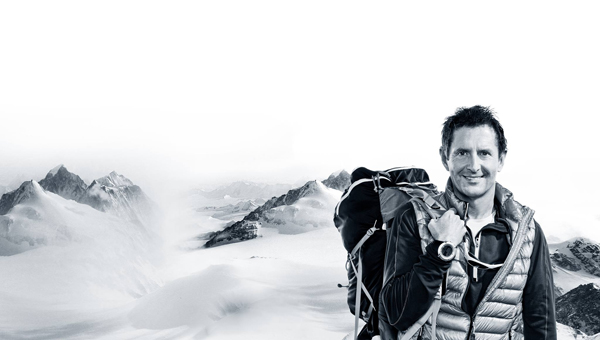 Kent Stewart is a 59-year-old businessman who has climbed the tallest summits on six of the seven continents and has some incredible stories from his travels. He will make his third try at climbing the seventh and tallest summit, Mount Everest, next spring. (Contributed)

There’s this thing some people try and do which is very hard and takes a very long time, called climbing The Seven Summits. Climbing The Seven Summits is, to the vast majority of people, not something that sounds fun. For those less familiar with the feat, it is the act of climbing the tallest mountain on each of the seven continents. Kent Stewart is one of the people trying to do this. He is currently six for seven, and is going to take his third crack at the tallest of the Seven, Everest, again next spring.

Stewart’s introduction to mountain climbing is an interesting one. The 59-year-old lawyer-turned-CEO and owner of RELI Title & Closing Pros based on U.S. 280 did not climb his first mountain until 2006. A golfer and a tennis player most of his life, Stewart never gave mountain climbing much thought until, “for some reason,” he and his wife decided to climb Mount Kilimanjaro, the highest summit in Africa, when he was 50.

“We had been to Africa a couple times and really love it over there, but had never done anything adventurous,” Stewart said in a June 8 interview. “My wife talked me into (climbing Kilimanjaro). I think she overheard some people talking about Kilimanjaro, and we were thinking about going to Tanzania (the home country of Kilimanjaro) and we just decided to throw a Kilimanjaro hike in the itinerary, thinking if we didn’t like it we could just turn around and come back. We ended up making it, and one thing led to another from there.”

Stewart and his wife went on to summit five of the seven Summits together before failing to summit Mount McKinley in 2010. McKinley is the North American summit located in Alaska, referred to as Denali by the Alaskan people, and by Stewart as well, because of a long and unnecessary story about the mountain’s rightful name. Stewart has since returned and summited, and now has only Everest left.

Stewart has a slight build, stands roughly 5-feet-8-inches with graying, spiked hair and walks like he has an eternal, slightly overweight pack strapped to his back. He has a soft voice and smart eyes that exude a kind, yet capable demeanor of a man with a quiet strength. Whether he is compelled by some inner, hazy sense of restlessness or newly discovered love of adventure to complete this journey he will not say, insisting this was more of a single event that somehow snowballed into this incredible quest.

There is simply not enough space here to share all of the stories Stewart shared during our interview, no matter how much I might like to. From his memories of the wild, ancient and solitary beauty of Mount Vinson in Antarctica, to the sheer difficulty of scaling Denali/McKinley, to saving the life of a dehydrated man separated from his group at the top of Mount Elbrus in Russia, Stewart could have told stories of his global adventures for hours and I would have eaten it up. But the most intense portion of Stewart’s journey, the portion that most accurately shows the power and unpredictable nature of these natural monoliths, came on his most recent trip to Everest, in late April of this year, when disaster struck.

“This year I was really doing really well,” Stewart said. “I think I would have pulled it off.”

Set to leave from Everest Base Camp on April 25, Stewart decided to postpone one more day to rest, and was set to start his ascent April 26. On the morning of April 25, however, an avalanche caused by a massive earthquake ripped down the side of the mountain and into Base Camp. Stewart and his teammates were unscathed, with none injured, however it soon became apparent that higher up the mountain all was not well. Injured climbers started streaming down the mountain into Base Camp, which quickly transformed into a hospital as more and more streamed into camp.

In the end, 19 lives were lost in the Everest avalanche. It marked the third time Stewart has been actively on a mountain where climbers have died, the other two being Denali and Mount Aconcagua in South America. When asked how this affects his outlook on mountain climbing as a whole, Stewart is seemingly unfazed.

“For some reason I just never really think about it,” Stewart said. “For me it’s so new still that I have to focus so much on what I’m doing. I’m not good enough to go up there and go through the motions so I really have to pay attention. I’m not afraid to go back. Maybe I should be, but I haven’t experienced that so far.”

This may seem to be an interesting response, but that’s because most are not members of this small, elite community. The mountains they climb are unpredictable, and scaling them brings with it a certain very real element of danger that different climbers deal with in different ways.

What started as a spur-of-the-moment decision in Africa some 10 years ago has turned into something different entirely. Stewart has come so far, he can’t imagine stopping now. He knows the window of time for him to be physically capable to climb Everest will not be open much longer. He will regroup, get back on to his training regiment, hike in Oak Mountain State Park for hours on end and head back to Everest next spring.

“I’ve seen too much,” Stewart said. “I want to finish this.”

30 athletes in baseball and softball combined from Shelby County were named to the ASWA All-State baseball lists in their... read more