NORTH SHELBY—At 20 years old, Anna Kathryn Davis already has two published novels under her belt, with two more in the works. On June 20, the professional author and 2012 Oak Mountain High School graduate will lead a teen writing workshop at the North Shelby Library. 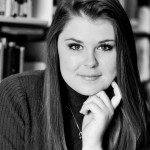 “Anna Kathryn Davis is very popular with the kids around here,” librarian Kate Etheredge said. “(Her books) check out a lot. It’s one of the recommended reads for Oak Mountain this year.”

Davis will stop by the library to lead a three-hour workshop, designed not only to help teens improve their writing, but also to create connections with other young writers around them.

Targeted for students in sixth through 12th grade, the workshop will allow young writers to share their work in a comfortable environment.

“I’m hoping they build relationships between each other… people in the community their age who they can contact afterwards,” Davis said.

Davis also hopes to inspire confidence in the aspiring young writers, recalling the influence her seventh grade teacher had on her career.

“In seventh grade, I had Mrs. Dianne Cline… she was 100 percent the most influential person in my writing career,” Davis recalled. “Her encouragement made me feel like it was something that I could do.

Currently a student at the University of Alabama, Davis is pursuing an English major with a sociology and creative writing double minor. She is also continuing her career as a professional writer.

She is currently working on two more novels.

“One is a part of the series, another one is completely different, completely out of that world actually,” Davis said. “It is young adult fiction, it’s still kind of in the fantasy element, but its much higher fantasy than The Gifted series.”

Davis will be at the North Shelby Library for the teen writing workshop on Saturday, June 20 from 1 p.m. to 4 p.m. For more information and to register, visit Northshelbylibrary.evanced.info/signup/EventDetails.aspx?EventId=3525&lib=.

Children of employees at the Linda Nolen Learning Center in Pelham are no longer eligible to attend Pelham City Schools... read more