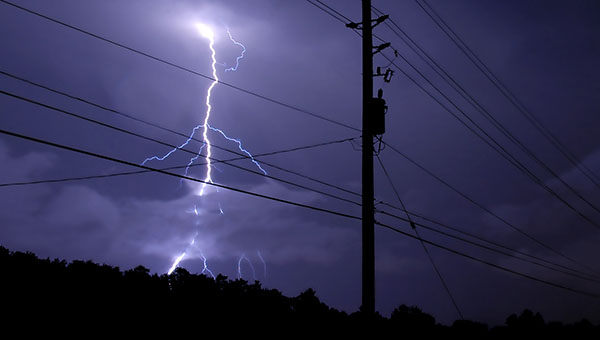 The Helena Fire Departments responded to a call of a possible house fire on Tuesday, June 9. It was determined the house was struck by lightning. (File)

At 9:10 p.m. the Helena Fire Department crews responded to the 300 block of Camp Forrest Trail in Helena on a report of a structure fire.

It was determined that the actual house wasn’t on fire, but instead appeared that lightning had struck a vent pipe and ignited materials in the basement of the single family dwelling according to the Helena Fire Department’s Facebook page.

“We received a call from a lady who smelled smoke in her home and saw smoke coming out of her stove,” said Helena Fire Captain Chaed Agee. “It was determined that the vent pipe caught fire and our crews extinguished the flame. She was the only one in the house at the time and there were no injuries caused by the strike.”

The house received some moderate smoke damage and the fire departments were at house a little more than an hour.

Agee mentioned the fire departments received three calls in a row and were kept busy much of the night.

“If any lightning is in the area be sure to stay inside,” said Agee. “If you smell smoke or anything of that nature, be sure to call 911.”