PELHAM—A jury found 30-year-old Paul Edward Walker guilty on June 10 on one count of first-degree rape and one count of sexual abuse of a juvenile female. 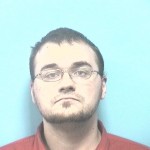 The Pelham Police Department arrested, Walker, then 27-years-old, on Aug. 12, 2012. At the time of his arrest, Pelham Police Chief Larry Palmer said the charges were tied to a single event involving one of Walker’s juvenile family members who was younger than 12. Palmer said the incident happened while Walker and the victim were living in the same residence in Pelham.

Sentencing is set for Sept. 8 at 1:30 p.m. at the Shelby County Courthouse.