HOOVER—Tucked away in a second floor closet of her Greystone residence, Donna Francavilla has boxes of tapes of interview and photos with the likes of Donald Trump and Rev. Jesse Jackson. Stacks of awards and certificates, too many to hang on the wall, sit in her study. 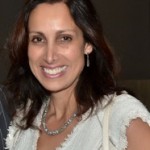 Francavilla’s long and successful journalism career has taken her across the east coast. It all began while with a college internship at KYW in Philadelphia.

“At Rutgers, I took a public speaking class… taught by Frank Hall,” Francavilla recalled. “One day after a presentation, he pulled me aside and said, ‘Have you ever thought about going into radio or T.V.?’ And I said, ‘Oh yeah, that’s exactly what I want to do!’”

When Francavilla entered the business, journalism was largely a man’s world, but through hard work, Francavilla quickly proved her skill and ability.

Francavilla’s career took her to Washington, D.C., where she was introduced to the fast paced and competitive world of business news. Francavilla worked for the business talk station, WPGC AM, where she interviewed a number of influential figures in the business world.

“I couldn’t wait to roll out of bed and go to work and see who I would run into in the hallways of the station,” Francavilla recalled. “(Washington, D.C.,) will open your eyes to how journalism is done on a large scale.”

Throughout her years as a journalist, Francavilla has covered a plethora of stories, from summers at the Jersey Shore and moon pie eating contests to disastrous flooding in Peru, but what stands out most is her coverage of tornadoes.

“In the aftermath of such devastation, the people, especially Alabama’s people, give thanks to God. I’ve seen it over and over again,” Francavilla said. “It still continues to surprise me, our human resilience, our strength, our sense of appreciation… We take care of each other in the South, I’ve never seen anything like it.”

Francavilla currently works as a freelance journalist and can often be heard and seen on news stations throughout Birmingham. When not covering stories, the mother of four and grandmother stays busy with work for community organizations.

Francavilla was recently selected as the Italy chairman of the Birmingham Sister Cities Project and has been tasked with finding Birmingham a partner city in Italy.

“I am excited about it, I want to do it,” Francavilla said. “I hope we can expand our contacts… I’m just hoping for a healthy exchange of ideas.”