COLUMBIANA – A 45-year-old Birmingham man is being held in the Shelby County Jail without bond after he was arrested on two child pornography charges on June 11. 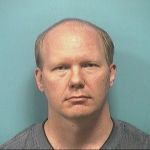 As of June 11, the Alabama Law Enforcement Agency had not released further details about the ongoing investigation.