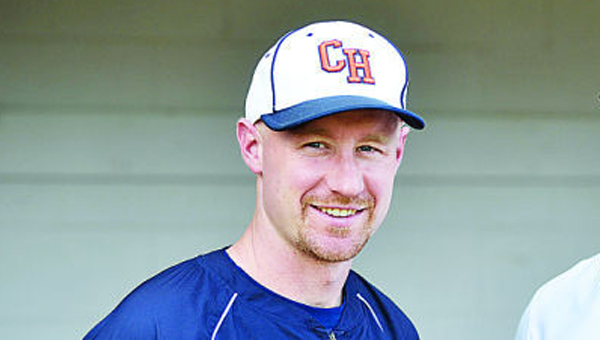 Derek Irons of Charles Henderson High School in Troy will be the new head baseball coach of Oak Mountain High School, pending Shelby County board of education approval. Irons won two state championships in his time with Charles Henderson, and brings one of the best winning percentages in the state to the Eagles. (Contributed)

NORTH SHELBY – The Oak Mountain Eagles baseball program has found their man. Less than two months after former Eagles coach Brian Breeze was removed from his post after four years on the job, Charles Henderson High School head baseball coach Derek Irons has announced he will be filling the position. Irons has been offered the position and the offer has been accepted, but the offer is pending board approval and as of the morning of June 12 has not been finalized.

Barring any last-minute changes, Irons comes to Oak Mountain with one of the most successful coaching tenures in recent state memory under his belt. In his seven years as head coach at Charles Henderson, Irons accumulated a 221-62 record. The 5A Trojans, out of Troy, won a state championship in 2013 and 2014, and over the last three years had a record of 116-17, which works out to an unprecedented winning percentage of 87 percent.

“Coach Irons has a reputation in the state that is second to none,” said Dr. Lee Hicks, superintendent of Troy City Schools http://www.troymessenger.com/2015/06/11/couldnt-say-no-after-two-state-titles-irons-leaving-chhs-trojans-to-head-7a-program-in-shelby-county/.“He’s thought of almost as a baseball guru.”

Irons will replace Breeze at the head of an Oak Mountain team that has been mediocre over the last few seasons. In Breeze’s first year at the helm in 2011, Oak Mountain made an appearance in the second round of the 6A playoffs before losing to Hoover in three games. That was as far as the Eagles went under Breeze, and his teams labored around .500 for the rest of his tenure. Oak Mountain finished with an 18-16-1 record in 2015 and missed the 7A playoffs. Breeze was 90-82-1 as the Eagles head coach.

Adjacent to Oak Mountain in Area 6, the area the Eagles face most often, are Vestavia Hills, Mountain Brook and Spain Park, who finished the 2015 regular season ranked first, second and fifth. Five of the top six teams in the state all within 20 miles of each other, that’s the kind of heat Irons is walking in to.

“We’ve always felt that for us to leave Troy there would have to be an opportunity that we could not say no to and that time has come,” Irons said to his Charles Henderson team on Wednesday, June 10 according to the Troy Messenger.

Oak Mountain is losing senior hurler Blake Schilleci and his 1.28 ERA as well as Graham Hackbarth, Austin Whitaker and Logan Gibbs. Whether or not Irons will be able to build a competitive team in this harsh baseball environment remains to be seen, but whatever the future holds, he will provide a much-needed shot in the arm for a program desperate to be competitive.

Calvin Miller, a rising senior at the University of Alabama, executes a backflip at Flipside Watersports in Oak Mountain State... read more