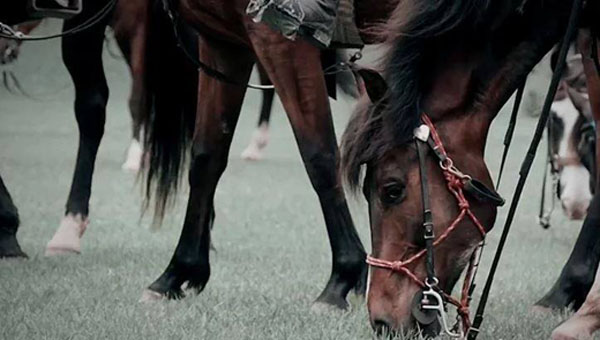 By JESSA PEASE PELHAM—Oak Mountain State Park recently announced it would be accepting bids for its equine activities through June 15. The park currently contains about 15 miles of horseback riding trails and houses its own stables, which would both be the responsibility of the bid winner. According to park superintendent Kelly Ezell, every contract within the state has a life, and the life of Oak Mountain’s current equine contract — about three years — has expired. “It’s a common practice, its something we’ve done for at least the past 15 years,” she said. For more than ten years, Caroline Hill has held the contract and the responsibility of taking care of both the boarded horses and the trail rides. Despite her previous experience, Ezell said the bid could go to anyone. “It’s strictly by sealed bid,” Ezell said. “There are parameters, so there’s no way of knowing who will get it.” All the bids will be received by 5 p.m. June 15, and they will be publicly opened at 2 p.m. June 16. After an open reviewed by Oak Mountain’s purchasing and legal departments, it will be awarded. Ezell said the change in contract will not lead to any changes in the equine activities at the park.