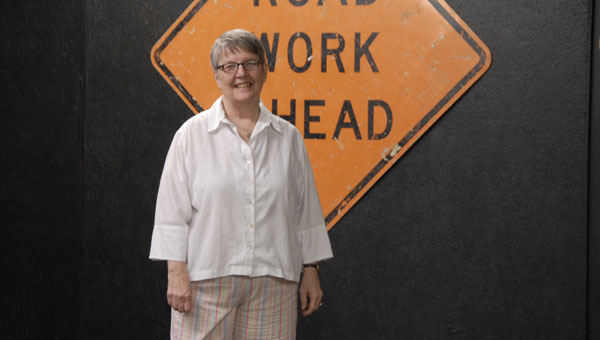 PELHAM—A leap of faith from South City Theatre’s board of directors led to a big payoff for the organization when they decided to move from Columbiana to Pelham.

In its previous location between Columbiana and Alabaster, South City was off the beaten track and its space only allowed for casts of two to three people and audiences of 37. Its size severely restricted the ability of the theatre.

“We were at our limit of what we could do and we were just barely getting by,” said South City Theatre’s artistic director Sue Ellen Gerrells. “Our dream for the organization for a long time had been to move to an area that was more populated and on a main road. Through a strange series of coincidences we found this place.”

Only with the help of the Pelham Mayor Gary Waters and Terry Ponder, of Ponder Properties, Inc., South City was able to make the move possible. The board didn’t think they could afford the space, Gerrells said, but Ponder was able to negotiate a five-year lease with a graduated payment scale, making it affordable.

“If we didn’t do it, we felt like we were passing up an opportunity that might not come back again,” Gerrells said. “We really felt like, if we could just get into a good area, we would grow. So far that has definitely been the case.”

They made the move to 2969 Pelham Parkway, right off U.S. 31, in February, taking between six and eight weeks to transform an empty shell into a working theatre. The new space allows seating for 60 people and the ability to perform shows with larger casts.

Now, the storefront theatre just completed its third show, “Mama Won’t Fly,” in its new location, and every performance was sold out. Gerrells said they even scheduled an additional matinee to accommodate the interest, although it sold out in 48 hours.

“We were very excited and none of us really knew for sure what kind of response we were going to get — it was a gamble,” Gerrells said. “So it was thrilling to see it all (work out). I don’t anticipate that we are going to have that response in every show, but I certainly see that the potential is there to have it.”

The shows aren’t the only place Gerrells said she can see growth. Last year’s summer camp had 10 kids enrolled versus the 30 enrolled this summer. She said 75 percent of those children are brand new to the theatre.

Samantha Rowley, left, and Amanda Rowley were two of the main contributors for the Hope Christian Lady Ealges in 2015.... read more