COLUMBIANA – An Alabaster teen with a lengthy criminal history is facing multiple felony charges after he allegedly broke into nine vehicles throughout the county and stole a 2015 Honda Accord after escaping from a Shelby County Community Corrections facility earlier this year. 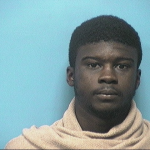 He also allegedly damaged the 2002 Toyota Camry and allegedly stole a 2015 Honda Accord on May 4.

The string of car thefts and break-ins began a few days after Prentice was reported missing from a Shelby County Community Corrections facility on May 2.

In July 2014, Prentice pleaded guilty to charges of first-degree theft of property, reckless endangerment and resisting arrest tied to a June 29, 2013, incident, during which Prentice stole a 2012 Honda Civic and led SCSO deputies on a high-speed chase on U.S. 280.

After pleading guilty to the 2013 charges last year, Prentice originally was sentenced to 10 years in prison, but his sentence was split to 18 months on work release with Community Corrections.

He was rearrested in November 2014 after he was allegedly fired from two businesses through the work release program, had 10 days of unauthorized leave from work release, tested positive for synthetic THC and failed to submit to drug tests on four separate occasions.

After serving a 60-day sentence in the Shelby County Jail, Prentice was re-released to the work release program in early January. He was ordered re-arrested and was charged with first-degree escape after he failed to submit to drug tests five times, tested positive for synthetic THC in February, had a cell phone in his possession at the Community Corrections facility and was reported missing from the facility on May 2.

If convicted of the first-degree theft of property or first-degree escape charge, Prentice could face up to 20 years in prison per charge. Prentice also could be ordered to serve the full 10-year prison sentence if his sentence is revoked for the 2013 theft charge.

As of June 12, Prentice was being held in the Shelby County Jail without bond.