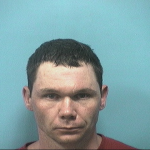 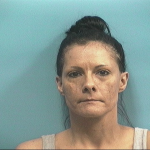 According to Alabama state law, trafficking methamphetamines is a Class A felony offense. If convicted, the suspects could spend up to life in prison.