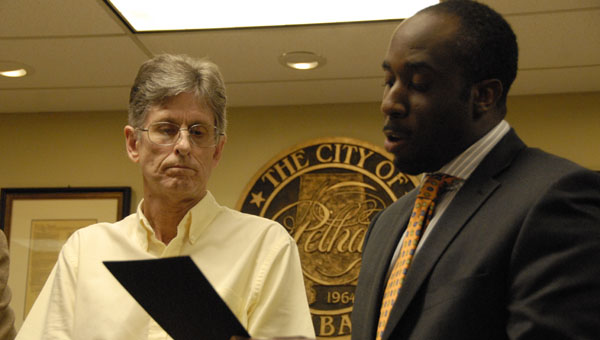 Last year, the council voted to prohibit issuing business licenses for said shops in order to reassess, with help from the Pelham Planning Commission and the Commercial Development Authority of Pelham, the city’s present zoning ordinance, policies and procedures concerning those businesses.

The city has not yet completed the reassessment, so the council decided to extend its prohibition one additional year.

“We’ve discussed this many times,” said council president Rick Hayes. “We are still in the process of nailing down everything that needs to be put together as far as the review, and, working through this with council, they have recommended that we renew this for one year as we work through the overall objectives of the proposal.”

Also at the meeting, the council accepted the independent audit and financial statements for the 2014 fiscal year.  Auditor Jenny Gray was present to discuss the break down of both Pelham’s assets and debts for the year.

The total capital assets for were $97 million, a $984,000 decrease from last year that Gray attributed mostly to depreciation offset by purchases during the year. Pelham’s total debt service for the 2014 fiscal year is $98 million over the course of the next 20 years.

“Since we reviewed everything as you were going through it, I feel very comfortable with what you were saying,” Hayes said. “We know the issues we’ve got with the additional debt we issued, how we set it up and why we set it up that way. There’re a couple options we will probably look into as we go forward with that.”

Council member Ron Scott was absent for the June 15 meeting. The next scheduled Pelham City Council meeting will be July 6 at Pelham City Hall.

The circus comes to Alabaster