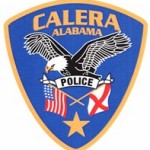 CALERA—Two suspects were arrested after fleeing from Calera Police the afternoon of June 16.

The department confirmed that the situation began as a vehicle pursuit and escalated to a manhunt in Timberline when the suspects fled on foot.

According to some reports, one suspect was allegedly armed, firing at officers near I-65 and County Road 67 before both suspects fled into the woods. Officers could not confirm gunshots.

Police were able to capture one suspect quickly after the incident, and after setting up a triangular perimeter in Timberline, apprehended the second suspect about 30 minutes later.

Reports said the search effort caused traffic to back up on I-65 North near the Shelby County-Chilton County line.

No further details have been released.