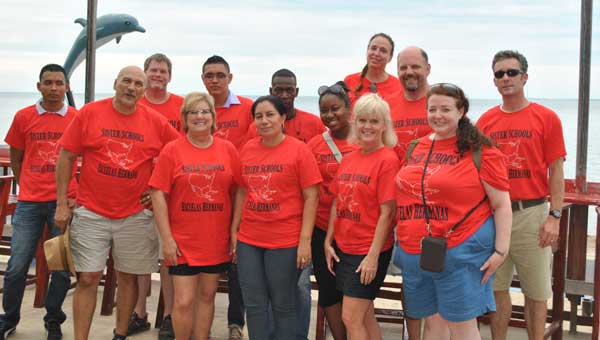 By Ginny Cooper McCarley/For the Reporter

A group of eight educators from the Alabaster City School system accomplished what they set out to “and then some” during their trip to Honduras, said ACS Coordinator of Curriculum and Instruction Cena Davis.

“It was more of a fact-finding trip,” said Copes. “We were assessing security, community needs and school needs. We wanted to know, ‘what do we need to be aware of?'”

As part of the trip, the group from ACS met with the mayor of Jutiapa, Noe Rivera, to asses how the two groups could partner together.

“We wanted to form a relationship,” Jackson said. “He was already on board. He was really excited about (the partnership).”

Partnership is a key aspect of the project, which will benefit both the ACS system and the sister schools in Honduras.

“It’s a collaboration,” Price said. “We want to know how we are going to partner together to achieve their own vision.”

The group has a number of plans for how to partner with the schools in order that even students who do not travel to the country can benefit from the relationship, including conducting classes using students as translators and using Skype to connect with classes in Jutiapa as elementary students learn their ABCs and numbers, in order for young students to be exposed to the language at a young age.

Though the next trip is not finalized, the group hopes to take students to Jutiapa next summer to install a water treatment chlorinator, refurbish computers, and work on the internet connection. In addition, the group would like to take a group of film students to make a documentary about the experience, as well as students interested in medicine to help at the Clinic of Angels, which is run by Seattle residents Jose and Evelyn Castellar.

Attendance on the rise for ACS summer camps