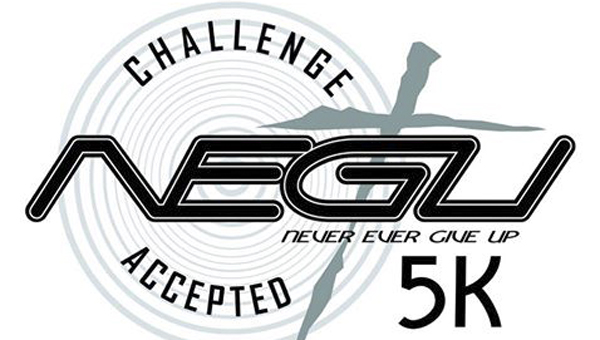 The fourth annual Never Ever Give Up 5K will be held on June 27 in Columbiana. (Contributed)

COLUMBIANA – Proceeds from an annual race in Columbiana could cover the cost of installing swings for people with special needs in city parks in Shelby County.

This year’s Never Ever Give Up 5K and 1-mile races will start and end at First Baptist Church of Columbiana on June 27, the morning of Columbiana’s Liberty Day celebration.

“In years past, we fundraise … for special needs kids for medical expenses,” event director Jane McDaniel said. “This year, we decided to raise money for ADA swings for city parks around Shelby County that don’t already have them.”

McDaniel said the swings will cost about $5,300 each for parks in Calera, Chelsea, Columbiana and Montevallo.

“We want something that’s going to last,” she said.

McDaniel said the event was formed in 2012 for Christopher Goodwin, a former Shelby County High School who lost his leg in a car wreck in February 2012.

T-shirts will be on sale for $18 each, or $30 for two. Color options are mint green and navy blue, and the shirts will be available in adult sizes only.

For more information or to register for the race, visit Shelbycountynegu.com or Facebook.com/ShelbyCountyNeguRace.

Greystone YMCA Stingrays in midst of another season

The Greystone YMCA swim team, the Stingrays, is back in action and in full swing this summer. (Contributed) By BAKER... read more