Greystone YMCA Stingrays in midst of another season 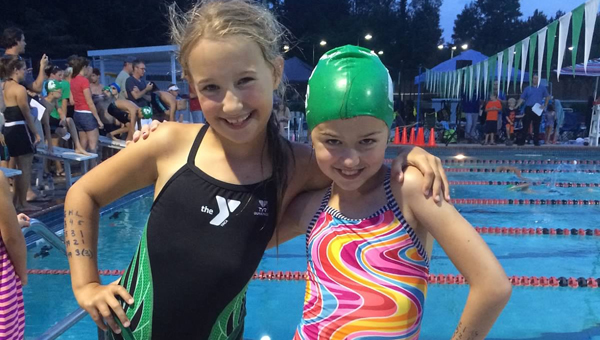 The Greystone YMCA swim team, the Stingrays, is back in action and in full swing this summer. (Contributed)

The team, which is in its eighth or ninth year, according to head coach Tavie Cobb and aquatics director Adam West, has seen a fluctuation in numbers over the course of the teams’ history.

“It’ll typically fluctuates based on what’s going on,” West said in a June 17 phone interview. “Summer Olympics summers it’s been big. We were pushing about 175 the summer Michael Phelps won all those medals.”

This year, however, the Greystone branch has pulled its numbers back to right around 70, for the sake of the kids on the team.

“We want quality over quantity,” West said. “Our coaches are able to have more one-on-one time with the kids now.”

The summer season begins in the middle of May, typically during the last week of school, and runs through Aug. 2. There are seven branches of the Birmingham YMCA that have swim teams, and the squads compete against each other all through the summer.

“We’re one of the more competitive teams,” Cobb said. “We did very well in our last meet. Our kids swam a lot of best times. We’re going to be one of the best teams.”

For Cobb, the most rewarding element of the job is watching the kids on the team develop a new skill. “The kids,” she said. “It’s all about the kids. Seeing them learn something new, it’s very exciting.”

West gets satisfaction out of the relationships the Y builds with the families of the swimmers and the swimmers themselves.

Another rewarding element of the swim team is the ability to watch the members of the team grow up. “A lot of them are from age five and now work here as a lifeguard and swim coaches,” West said.