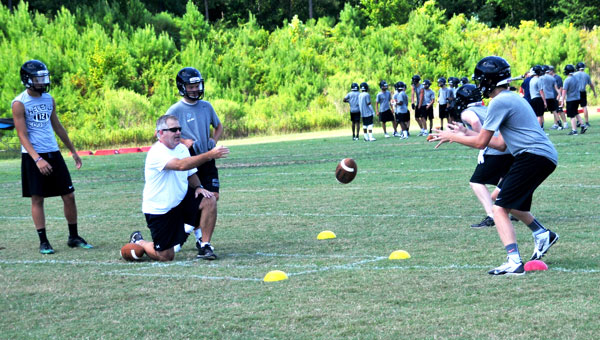 HELENA–The Helena Athletic Association has announced that season passes for the 2015 Helena High School Football games are now on sale for those wishing to purchase them.

Each season pass will include entrance to the game and reserve seating at varsity and junior varsity home football games.

Up to six season passes may be ordered and purchases can be made with a credit card or PayPal account.

The total cost per season ticket pass is $125.

Season ticket renewals are subject to reassignment. The Helena Athletic Association will make every effort to assign same seat location on all renewals unless a request for seat reassignment is made by purchaser at time of purchase.

All seat assignments and reassignments for ticket holders will be made at the discretion of the Helena Athletic Association.

To purchase or renew a football season pass visit Helenaathleticassociation.org.

The Huskies first game of the season will be at Pelham on Aug. 21 and the first home game will be against Shelby County High School on Aug. 28.

Its summer, which means its time for some pickup basketball. Here are some tips to ensure your trash talking game... read more