By Ginny Cooper McCarley / Special to the Reporter

ALABASTER – What if you’re in danger, but cannot dial your cellphone? Maylene resident Mike Combs set out to solve that problem with Phone Beacon, a new Android app. 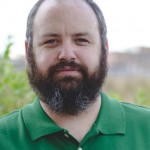 Once a timer is set and expires in the app, a text message containing a call for help as well as the phone’s location data is sent to a contact pre-selected by the user. The alert repeats every five minutes with updated location data, in case the person in danger is on the move.

The app could be used in a variety of different instances, such as before a date with someone you do not know, when meeting someone for a Craigslist pickup, or in domestic violence situations, Combs said.

“The number of assaults, kidnappings and domestic incidents are both staggering and depressing,” Combs stated in a news release. “We wanted to create a way to call for help that doesn’t call attention to the phone at all.”

The app is currently available from Google Play or the Amazon Appstore for Android or Fire phones. The app is not available for iPhones or apple products, due to a difference in the operating systems.

The idea for Phone Beacon initially began as a very different project, which would pair two phones together.

“It came out of a totally different app idea,” Combs said, but when he stripped the app down to the basics, he realized it could be used to help those in danger.

“We can help sexual assault and kidnapping victims (with this app),” Combs said.

“If people come to us with an idea, we can make an app out of it,” Combs said.

Emily Gerardo of Hoover trains for a mission on the Canada Arm at Space Camp at the U.S. Space and... read more