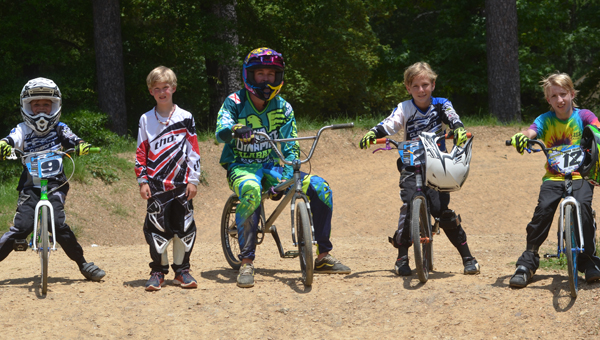 PELHAM – Since 1979, there has been a BMX bike track in Oak Mountain State Park. Bikers of all ages can be found out at the track for races, time trials and beginners clinics throughout the season, which runs practically all year. Steve Talley has been the track operator for the last seven years, ever since his son discovered a passion for the sport, and they make the 30-minute drive from their Fultondale home multiple times a week to practice and maintain the track. 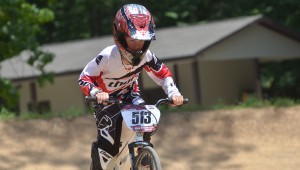 The track is one of four in Alabama, according to Talley, and is the oldest running track of the four. Talley said they have races at the track roughly two times a month, usually every other Saturday, and races can draw between 30-65 people.

“Last race we had people from three years old up to 46,” said Talley. “It can be real spread out age-wise.”

BMX has been a summer Olympic sport since 2008, therefore has appeared in two summer games, in ’08 and ’12, and the scoring at Oak Mountain State Park is representative of the same scoring style used in the Olympics, according to Talley.

“If you have three people in your class you get into Olympic-style scoring,” Talley said. “The lowest score wins. They go through the track three times, and each time through the lowest scorer gets three points, second place gets six, and third gets nine. Whoever has the least amount of points after three rounds wins.”

On top of having races twice a month, the track also hosts time trials on Tuesday nights to help BMXers shave seconds off of their laps. They hold clinics on Thursdays to help people new to the sport get acquainted with the finer points as well.

The track is completely run by volunteers, and there can be as many as 10-15 on race days to help the events go smoothly.

On top of the state-wide events, Talley said a number of local riders will travel to compete in other state races and national races as well. Oak Mountain State Park last held a national race in 2011, and Talley said the state park and the track would like to host another again in the future.

“We have to make sure to get the track back to those standards,” Talley said. “But we’d like to at some point.”