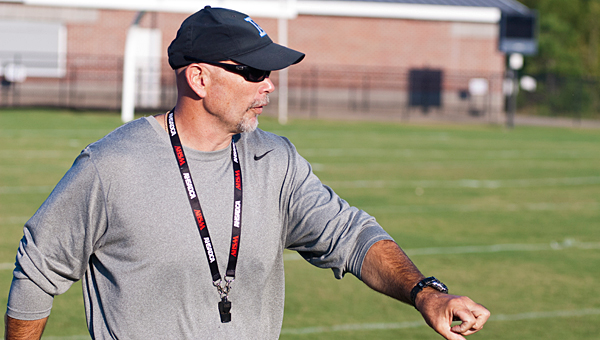 PELHAM—Pelham High School will be transformed into a mobile mattress showroom June 20 as the football program hosts a fundraiser of a different kind.

With more than 20 mattress sets on display, a team of experts to handle questions and 50 percent off normal retail prices, Coach Tom Causey said it’s a great way to help raise money for the team.

“It really works out well for everybody,” Causey said. “Apparently people in this area do this all the time. I’ve never been around (a mattress fundraiser) before though, this is my first one.”

Although this is Causey’s first mattress sale, Pelham High School Football has participated in this fundraiser before. Last year, the team was able to earn about $6,000 for the team.

Causey said the team doesn’t have a specific goal in mind, he just expects the boys on the team to take ownership and “carry their own load” for the team. If everyone participates and takes the fundraisers seriously, he said it will keep the stress off any one person.

As a fundraiser with no overhead, it’s a great opportunity for the team to make a lot of money without losing any.

“There’s no overhead, so we don’t go buy a bunch of oranges or candles,” Causey said. “(What you don’t sell) you eat that loss.”

So how does it work? The mattresses range from $299 to $2000, but you won’t be purchasing one of the display sets at the high school. Once purchased, buyers can either opt to have a mattress shipped to a warehouse for pickup at no charge or spend an additional $60 to have it delivered to their home.

The program also offers a layaway program to help ease the purchasing process.

Causey said the money raised will go toward new uniforms for the upcoming football season. It costs about $1,000 to equip one child to play football, so Causey said the fundraiser will help parents out.

“We want to try and get our football program to the same level others in state are at,” Causey said. “(It just) costs money to get there.”

The Alabaster School Board approved a site package and mass grading project for the site of the new high school... read more