Edgar’s Bakery and Cafe: The story behind the sweets 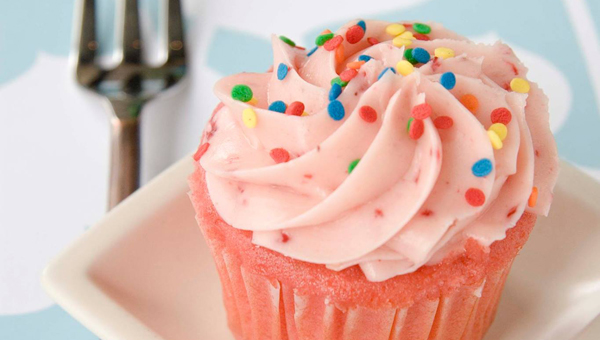 Edgar’s Bakery and Cafe has been serving meals and baked goods in the greater Birmingham area for 18 years. (Contributed)

HOOVER—With six locations across the state, it’s hard to believe Edgar’s Bakery and Cafe started out as a small, husband-and-wife bakery in Hoover.

The story began 18 years ago, when owner, Terry Smith, decided to leave his more than 20-year career in the corporate world to open a scratch bakery.

“It was just a God thing,” Terry’s wife and business partner, Dottie Smith, recalled. “We knew how risky it was.”

Edgar’s first opened in Hoover, selling scratch-made baked goods and a small menu of deli items. The first years were difficult, full of long hours at the bakery and little money.

“It was tough, I had sold my 401k to start the business,” Terry said. “The first four years, I did not pay myself a salary.”

“He was sometimes there for 36 hours straight,” Dottie added.

Family and friends pitched in during the early years, with Dottie and Terry’s sons working summer jobs at the bakery and Terry’s parents often stopping by to help wash dishes and bus tables.

With their beautiful cakes and delicious baked goods, Edgar’s quickly became a staple in the Hoover community.

Today, there are Edgar’s locations across the state, including storefronts in Greystone’s Cadence Place off, of Cahaba Valley Road, and on Southgate Drive in Pelham.

Customers can choose from a wide range of pastries and desserts, including cookies, bars brownies, cakes, cupcakes and much more. Edgar’s also serves hot breakfast meals, such as omelets, pancakes, quiche and biscuits.

Although Edgar’s is now a multi-location business with 130 employees, the bakery still stays true to its small, family roots.

Many of the bakery’s mainstay menu items are made from family recipes, from the chocolate buttercream cake icing created with Dottie’s mother’s recipe and the cookies made from Terry’s own recipe, to Dottie’s sister’s carrot cake with cream cheese icing.

Even the bakery’s name is rooted in family, paying tribute to Terry’s father.

“That’s how we decided on the name, because we’re so proud of him,” Terry said of his father. “I told him we were going to put his name up in lights, and he’s been smiling ever since.”

From brightening someone’s day with a cookie, to creating the perfect cake for a special occasion, nearly two decades of serving the community has created many memories for the Smith family.

“Just to be part of everyone’s special occasions is so wonderful,” Dottie said.

Through the many cakes Dottie has crafted at Edgar’s, one particularly stands out in her mind. Edgar’s was commissioned to make a complicated topsy-turvy wedding cake for a military couple, a project that usually takes up to 14 hours, but the wedding date was moved up due to the husband’s unexpectedly early deployment, Dottie explained.

“We were in the middle of making hundreds of chick and bunny cakes (for Easter),” Dottie recalled. “We knew how important it was to make everything just right. We all knew about that cake, and I asked (my fellow bakers), ‘Do you think there’s any way we can pull this off?’ And they said ‘Let’s try.’”

The cake was a success, and recalling the bride’s reaction still brings tears to Dottie’s eyes.

“That’s still the best one I think, the reward was so great,” Dottie said. “But every cake that goes out the door has its own special story. How cool is that?”

Edgar’s is located at 6801 Cahaba Valley Road in Greystone and at 499 Southgate Drive in Pelham. Both locations are open Mondays-Saturdays from 6:30 a.m. to 6 p.m.

Ready to jump? Skydive 4 CDKL5 returning for a third year

Dustin Chandler and Gary Palmer return after jumping out of a plane during the Sept. 27, 2014 Skydive 4 CDKL5... read more