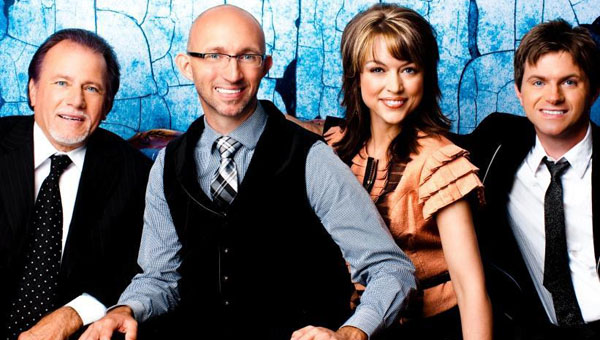 The Browders, a family gospel singing group, is the headliner for this year’s God and Country Celebration in Wilsonville. (Contributed)

WILSONVILLE— It’s the event that brings an entire community together, and it’s back, celebrating its 19th year.

This year, the festivities will be June 28 beginning at 6 p.m. in the town center of Wilsonville. There will be free food, live music, prizes and a huge firework display. Matt Jones, the music minister at Wilsonville Baptist Church, said the event is truly celebrated community wide with everyone playing a role.

“It’s our big thing here in Wilsonville,” Jones said. “It’s something that brings the whole community together, and everyone is involved.”

According to Jones, the Wilsonville Fire Department facilitates the firework show, the city handles all the food and beverages, the church books the singing performances and the children’s ministry coordinate the inflatables.

His first year in Wilsonville, the God and Country Celebration was one of the first things Jones was responsible for. He said he was surprised at how easy it was to get everything together. Beyond booking a few things, he said everyone just came out of the woodwork to make the celebration happen.

Live entertainment kicks off right at 6 p.m.. with performances by local church groups and local individuals from Wilsonville. Then at 7 p.m. gospel singing group, The Browders, will take the stage.

The group consists of Matt, Sonya, David and Tommy Browder. The Browders’ musical journey began in Hiltons, Va. They were voted Breakthrough Artist of the Year at the Absolutely Gospel Music Awards in 2013 and were the 2014 Dove Award Nominee for Inspirational Song of the Year.

“We have a pretty good group each year,” Jones said. “I want to say several hundred people come out.”

He plans to have about 300 people at the event, which is about the same turn out as last year’s event. Everyone will gather outside around the gazebo while kids can play on the two to three inflatables.

“It’s really kind of neat,” Jones said. “Everybody really does have their role. It’s really cool.”

The event is free and open to the public. For more information about The Browders, visit thebrowders.com.

Recipients of the 2014-2015 Student and Educator of the Year awards are: Back row, middle, Payton Edwards of Montevallo High... read more