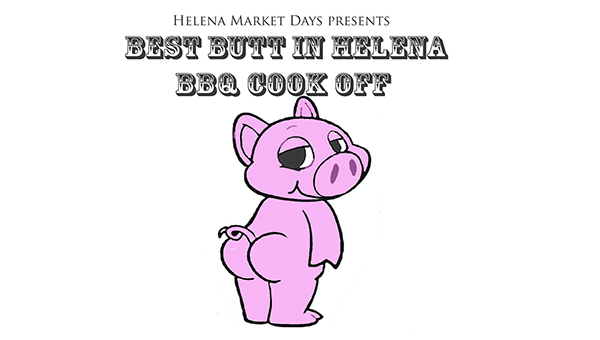 Entries are now being accepted for the Fourth Annual Best Butt in Helena Backyard Cook-Off on Saturday, July 11. (Contributed)

HELENA–Do you think you have the best barbecue butt in Helena? If so, entries are now being accepted for the Fourth Annual Best Butt in Helena Backyard Cook-Off.

The cook-off will be held Saturday, July 11, during Helena Market Days at the Helena Amphitheater in Old Town.

The contest is meant to be a fun-filled atmosphere and amateur event designed to help Helena schools and the farmer’s market.

This will be a rain or shine event and there is no entry fee but participants will be limited due to space, so the following information is needed to enter the contest: Team leader name, team name, address of team representative, phone number and an email address.

Teams will be able to set up in the park beginning at 5 p.m. on Friday, July 10. There will be spots set aside based on a first come first serve basis because the park is also used for movies that night.

There will be access to water and power but contestants will need to bring a power cord, preferably 100 feet long, as well as a tent and table along with your equipment. The spots will allow for two tents.

The meat that is served to the judges should not have sauce on it. Contestants may use sauce for the samples given for the public vote for the people’s choice award.

Contestants may serve their entry either chopped or sliced and any money collected should be for the Friends of Helena Schools.

The people’s choice trophy will be awarded based upon donations received for the Friends of Helena Schools. Market visitors will “vote” for their favorite butts by leaving a donation at the table of the team whose butt they deem best.

Contestants are encouraged to bring a large and noticeable container to collect donations. Donations can be collected as early as 8 a.m. until 11 a.m.

Contestants can sell advertising space or sell entire butts but all the money should go toward the charity.

The sauce contest is new this year and it will be a judged event based on three categories: Red will be for sour/spicy sauces, white will be for North Alabama white mayo based sauces and blue will be for sweet sauces.

Those wishing to enter the contest should email Event Coordinator Hal Woodman at nosleepinhelena@gmail.com.

Edgar’s Bakery and Cafe: The story behind the sweets

Edgar’s Bakery and Cafe has been serving meals and baked goods in the greater Birmingham area for 18 years. (Contributed)... read more