Is yelling an effective coaching method? 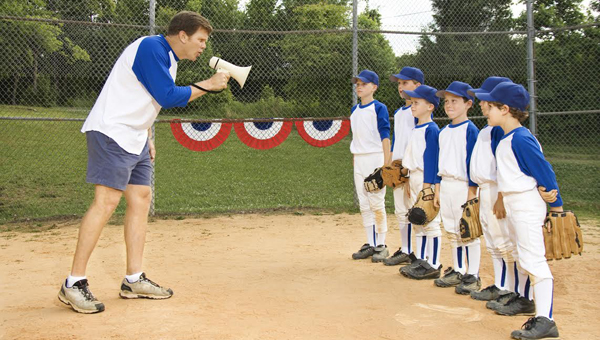 When I played sports, I got yelled at. A lot.

This happened for a couple reasons. I was, A.) bad at sports and B.) easy to yell at I guess, I don’t really know.

I had one coach in particular, my eighth grade basketball coach, who yelled a lot. There were two kids on that team with me who were both very good and handled this in very different ways. One kid could just flat out take it. He could stand, stone faced, less than a foot away from a full-grown man going red in the face from yelling at him and not break. The yelling motivated him, made him angry, and he had an ability, from the age of 14, to use that anger to take his game to a different level.

The other kid responded in the exact opposite way. Absolutely could not handle it. He was one of if not the most athletic kid in our class from the sixth grade up through high school graduation, and he had a timid and gentle demeanor for as long as I knew him. When that coach would get in his face, you could visibly see him start to clam up, start to retreat back within himself, and his game would suffer accordingly. That wasn’t the way to get him, specifically, to respond.

Now, I don’t have kids. Some would say I’m still a kid myself. So I can’t comment on how it feels as a parent to have to watch your child get yelled at playing a sport. And yes, it’s obviously ridiculous for coaches to scream at a kid in 5-year-old YMCA basketball (although I have witnessed this first hand). I don’t know when that becomes appropriate, that’s a very subjective line, but it’s probably around the time where you start to shave. What I can comment on, however, is how effective that tactic is or is not.

The job of a coach, why they are there there, is to get the most out of their players and team. To help them grow as athletes and as people. Helping to cultivate that growth in a team, both athletically and socially, with varying personality types is a tall order, and can’t really be accomplished with only one coaching tactic, whether it’s passivity or aggressiveness.

The reality is, different people respond to situations differently. Some can handle pressure, some can’t. Some are more internally motivated where others need an outside source to drive them. If that eighth grade coach had not gotten on to that first kid, there would have been games where he didn’t play as well. He needed that external motivation to play to his best.

Coaches have to determine what methods work for what players. They have to know their teams, know the kids on those teams in some sort of individual way. That’s what separates great motivators from the rest of the pack. The ability to approach different kids in different situations in unique ways to get the best effort and production out of them. As long as what they’re saying actually has merit, sometimes that will mean lighting into a kid like they’re the Christmas tree at Rockefeller Plaza to get them to play better, and sometimes it means, in the middle of a game, asking a kid what they hope they get for Christmas to help calm them down. Coaching is as much about reading people as anything else.

You need both sides of the same coin.