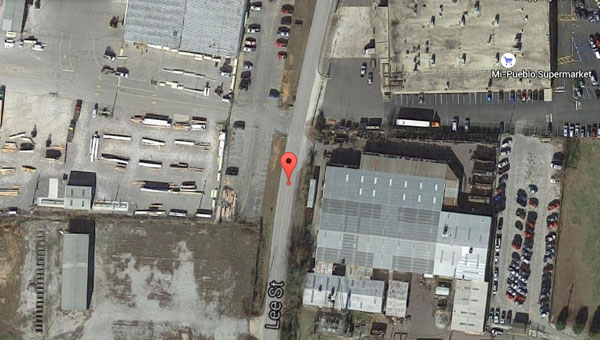 The 8-acre property is located at 3080 Lee Street behind the Summer Classics building in Pelham. (Contributed)

PELHAM—A new business in Pelham could bring 25 full-time jobs to the Pelham area as Peltown Realty, LLC attempts to purchase 8 acres of land behind the Summer Classics building.

The Pelham City Council first read the ordinance at its June 15 meeting, with intentions to vote on it at the July 6 meeting, according to city council president Rick Hayes.

“We’ve been approached multiple times related to this, and this is a good opportunity for us to establish additional business here in Pelham,” Hayes said at the meeting.

This property, 3080 Lee Street, was acquired as part of the Summer Classics purchase and was declared surplus property, allowing Peltown Realty, a real estate holding company, the chance to acquire the land.

As part of the agreement, Hayes said Peltown Realty would be creating a 20,000- square-foot heated warehouse, a 6,500-square-foot office building and a walking and bicycle trail. The organization would also hire 25 full-time employees.

Hayes did not provide any additional details on the warehouse or office space, but said it was exciting to see a local business doing well and expanding operations within the City. If approved, Peltown Realty would be purchasing the property for $480,000, $10,000 of which would be paid as earnest money.

“We are always looking to bring in additional businesses that fit well in the city,” Hayes said in a June 19 interview.

In addition to bringing more jobs to Pelham, Pelham would see additional money from all the sales taxes associated with the transfer of property.

Hayes said the object of the first reading was to make sure the community was aware of the potential buy and so the purchaser could conduct testing on the property.

The council should vote on the ordinance at its July 6 meeting, but could push it back to the July 20 meeting.