‘Blues, brews and the bird:’ Music abounds at Champy’s 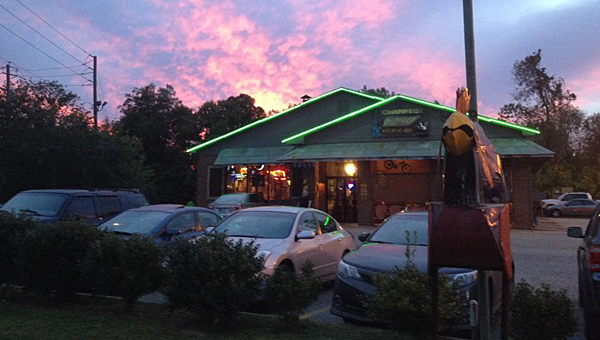 Alabaster’s Champy’s Chicken off Alabama 119 has been open in the city for more than two years. (Contributed)

The eatery lives up to its slogan “blues, brews and bird,” with live music four times a week, mouth-watering fried chicken and 10 beers on tap, four of which are from local breweries.

The live music is an important part of Champy’s “Mississippi juke joint” atmosphere as well as a great way to showcase local talent, Gros said.

“Birmingham has so many talented musicians,” Gros said.

In order to cultivate burgeoning musicians of all ages, Champy’s hosts an open mic night every Monday.

“It’s a time to play with friends and listen to new music,” Gros said. “People who have been playing for 40 years come, and guys who just formed a band at Thompson High School come.”

The music varies in style and genre, though it is primarily blues or blues-based music, such as classic rock, country and western music.

Gros began his career in the restaurant industry at Outback Steakhouse as a freshman in college at the University of Tennessee at Chatanooga, where he met his wife. He stayed with the company and progressed until he was a managing partner.

When the couple decided to open their own joint, they wanted something “more locally focused,” Gros said.

“We don’t want to be the big chain,” Gros said, noting there are only five, locally owned Champy’s restaurants. “We are community driven, and that gives us a better sense of the community.”

For Gros, the most important part of working in a restaurant is ensuring that every customer has a great experience.

“The biggest thing is just customer satisfaction. If you don’t have a completely enjoyable experience, then you won’t come back,” Gros said. “We want to make sure that every visit is absolutely perfect.”