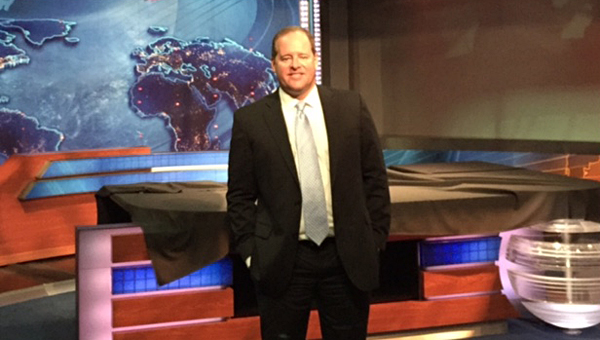 Alabama Sen. Cam Ward, R-Alabaster, said he initially was reluctant to travel to New York City to record a clip for Comedy Central’s “The Daily Show with Jon Stewart” from June 14-15.

“I was a little hesitant at first, because I didn’t want to do anything that would make the state of Alabama look bad,” Ward said during a June 22 phone interview. “But I really think this portrayed Alabama in a positive light.”

A few weeks ago, producers from The Daily Show contacted Ward and asked if he would be interested in traveling to New York to take part in a segment addressing private probation companies.

The invitation came as a result of Ward’s 2013 legislation seeking to place more regulations on private probation companies, such as the Judicial Corrections Services company formerly used by the town of Harpersville.

During the 2013 Alabama legislative session, Ward introduced a bill aimed at placing tighter regulations on private probation companies, but the bill died in the House of Representatives at the end of the session.

During The Daily Show interview, Ward talked about his bill, and talked about ways to handle private probation companies across the nation.

“I talked about what we can do to make them more accountable,” Ward said, noting the show covered all expenses for him to take the trip.

Ward said the segment is set to air sometime between June 22-25 on the show, which comes on at 10 p.m. Monday-Thursday on Comedy Central.

“It was really unique. Their newsroom is like a fraternity house,” Ward said with a laugh. “I’m glad I had an opportunity to go on the show and talk about this issue.”