Campers learn, play at the YMCA 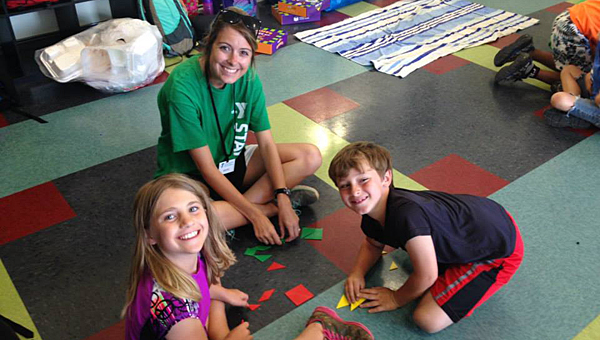 Alabaster’s YMCA offers plenty of offerings to kids throughout the summer. (Contributed)

ALABASTER – This summer, kids at Alabaster’s YMCA summer camps are focused on more than just having fun. Combined, campers read an average of 3,700 minutes a week.

“The more kids read, the less likely they’ll be behind when they go back to school,” Executive Director Rhonda Elmore said.

The Alabaster has a variety of specialty camps: Lego camp, which teaches science and engineering through building; cooking camp, which shows kids how to cook five-star meals; and Tour de Playground, where campers explore all of the best playgrounds in Birmingham, are just a few of the camps offered.

The branch also partners with the University of Montevallo to offer sports camps taught by UM coaches with a focus on basketball, soccer and volleyball.

“Their coaches come and teach those camps,” Elmore said. “Having a professional come in, (the kids) gets a better experience.”

Thanks to a number of grants, the branch is also able to offer a Summer Adventures in learning camp, which is an intensive 6-week program for kids who are at risk to be behind in school.

In the morning, campers work on math and reading through fun activities, and go swimming every afternoon and on a field trip every week.

The branch has had great participation this summer, Elmore reported, with an average of 150 campers a week and more on many weeks.

The Alabaster YMCA is also focused on the YMCA’s national “hop the gap” initiative, which “helps young people overcome barriers related to hunger, health, learning, water safety and access to safe spaces,” according to the YMCA’s website.

“We keep (the campers) right on track to where they need to be,” Elmore said.

For more information on summer programs at the YMCA, visit Ymcabham.org/alsummercamp.

Thyme to Cook for Kids at St. Vincent’s One…