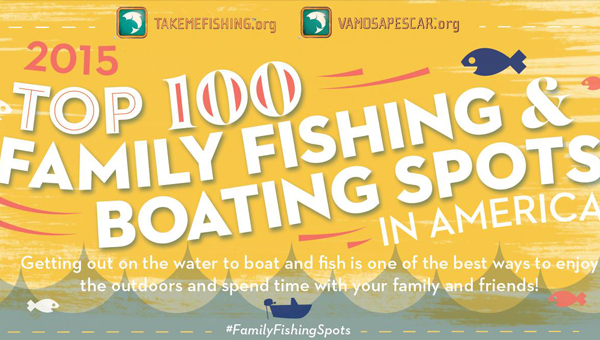 PELHAM—Oak Mountain State Park was named one of the top 100 family fishing and boating spots in the country by the Takemefishing.org contest. With three public fishing lakes, Oak Mountain placed 87th on its list.

“That’s in the whole United States,” said park superintendent Kelly Ezell. “We are just so excited.”

The parks were all nominated in order to qualify for the contest, and the public voted on their favorites to produce the winners. According to Takemefishing.com, 78 percent of outdoor enthusiasts participate in fishing, which created a pool of people to partake in voting.

Each of the winners on the list of family friendly spots to fish and boat are usually spots within an hour drive of a major city or town, are known for having plenty of common fish species (often times these public places are stocked with fish), have additional amenities such as playgrounds and campgrounds, have places to cast a line or a boat ramp and are recommended by other anglers.

“Oak Mountain State Park is widely known for its mountain biking and hiking trails, but we also have four crystal clear lakes with ramps and boat rentals as well,” Ezell said. “It makes for the perfect place to bring the family for the day or stay in one of our campsites or cabins and fish for a week.”

Oak Mountain State Park has received a lot of recognition lately, as it was also recently awarded its second TripAdvisor.com Certificate of Excellence. Ezell said she believes the positive acknowledgment is because of the recent threats to the park.

The amount of press concerning the park has led people to visit more often, though, according to Ezell. She said she’s noticed increased numbers in the park and more people asking about or mentioning the park.

Guntersville State Park was the only other Alabama State Park to be named in the top 100, placing 55th.

“It’s an honor, and I think it just draws attention to the fact that (the park) is just a great family friendly place,” Ezell said.