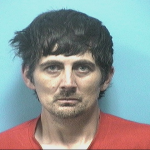 In order to bring his numbers up, Jennings allegedly used prior customers’ credit card information to purchase cases of steaks. He was charged with first-degree theft of property, a Class B felony, and three charges of fraudulent use of a credit card.

According to Alabama state law, Class B felonies could result in a jail sentence of between two and 20 years, with fines up to $30,000. Jennings was released on bonds totaling $45,000 on June 17.

Jennings was previously charged with first-degree theft on May 15, 2015, when he was arrested in connection with a November 2014 theft. Sometime between Nov. 10-28, Jennings allegedly stole $8,682.93 from an Easy Money establishment.