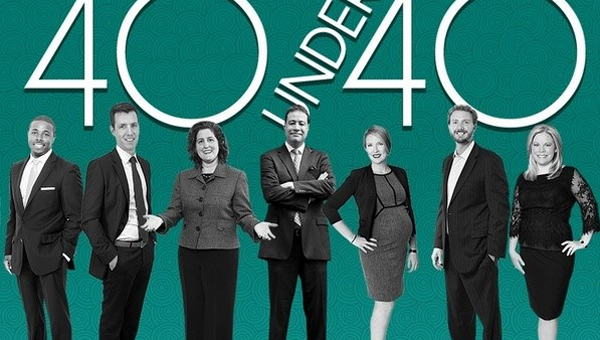 Valerie Leonard was recently recognized in The Investment News 40 Under 40 Project, awarding young talent in the finance industry. (Contributed)

PELHAM— Valerie Leonard always told herself to dream big. As the co-founder of a financial institute and the winner of multiple national awards, all before age 35, Leonard is following her mission. 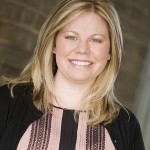 Her most recent national recognition came from The Investment News 40 Under 40 Project, aiming to illustrate the potential in the financial advice industry by finding young talent participating in remarkable things.

Leonard was nominated among 1,200 other advisers across the country, and was selected as one of the top 40 in April. Selections were determined based on the candidate’s accomplishment to date, contribution to the industry, leadership and promise in the industry. The Investment News held an award luncheon in New York on June 1.

“This isn’t the first time I’ve been recognized nationally,” Leonard said. “What’s interesting to me is this business is about helping people.”

It’s why she got into finance in the first place. The now 33-year-old originally went to UAB to become a nurse, but she quickly realized she just wanted to help people. She’d already developed a love for finance — her grandfather used to take her to stock trading seminars and her parents had her reading finance books early — so she majored in it.

Leonard got into the industry in 2002, working with Ameriprise Financial even before she graduated. She said she very quickly found that she was not only a trusted adviser to her clients but also a friend.

“When you do something you love every day, you’re outlook on life is so different,” Leonard said. “I feel very strongly this is my mission. God wanted me to change the world in a large way and this is my way.”

In 2005, Leonard formed a partnership with Trent Grinkmeyer, knowing they wanted to create an independent platform to offer clients the best advise with no bias. By 2007, the team co-founded Grinkmeyer Leonard Financial under the umbrella of Common Wealth Financial Network.

“I’m able to help people in ways I’ve never dreamed,” Leonard said.  “My favorite thing is working with people and watching them realize they can do more than they thought they could.”

In addition to investment management and full-service financial planning, Leonard said she has conversations with her clients about hopes, dreams and fears. She loves pushing people to look at the world differently.

She was awarded Employee Benefit Moves’ 50 under 40 EBA Raising Star Award in advising, which recognizes people in the benefits industry who are innovative, 35 and younger and are making a difference. Leonard was also nominated for the NAPA Young Guns: Top 50 Plan Advisors Under 40. That award will not be announced until July 4.

Leonard has served on the Commonwealth Financial Network’s 2015 Retirement Advisory Council since 2012. This is an exclusive 21-member group of advisors who specialize in working with qualified retirement plans and represent expertise in this area of the retirement industry.

Despite her career keeping her busy, Leonard still makes time to be a wife and mother of three children under the age of 4. She attributes her ability to balance her life to the “amazing team behind her.” By surrounding herself with people who are just as passionate as she is, Leonard says it allows her to enjoy time with her family.

“My kids are the easiest part of my life,” Leonard said. “They are my escape.”