COLUMBIANA – Shelby County Circuit Court Judge Dan Reeves will not seek another term in Alabama’s 18th Judicial Circuit, and likely will step down from his seat in early 2016, he said on June 25. 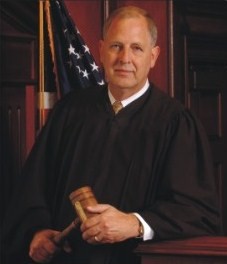 Reeves has been serving as the 18th Judicial Circuit Judge since 1998, and served as the Shelby County circuit clerk from 1988-1998.

Although Reeves’ current term is not set to expire until January 2017, he said he is eligible for retirement and has accrued enough vacation time to step down in January 2016.

“Hopefully, we will have a nominee by that time who can go ahead and step in,” Reeves said during a June 25 phone interview.

Reeves said he is looking forward to spending more time with family members after his retirement, and praised the team of people who have supported the Shelby County Circuit Court system during his tenure.

“My family has had to face the pressures associated with public office for 17 years, and it’s time for me to give some of that back,” Reeves said.

Reeves also cited the combination of a growing caseload without additional personnel in the Shelby County Circuit Court system as a reason for his pending retirement.

“The state has provided inadequate resources. We should have two more judges in Shelby County,” Reeves said. “But the problem is, there is just no money, even if the desire was there.”

“If you are not disposing of cases, you get a backlog,” Reeves said. “You can’t continue to increase the caseload and not increase the resources. It won’t work. It can’t work.”

Reeves said Alabama judges were last given a raise by the state Legislature 17 years ago, and said the Legislature has not granted judicial employees a raise in six years.

“I will leave office with a lot to be thankful for and a lot to be proud of,” Reeves said. “But the system can’t continue on the path it’s on now.”