Greystone to host Regions Tradition in May 2016 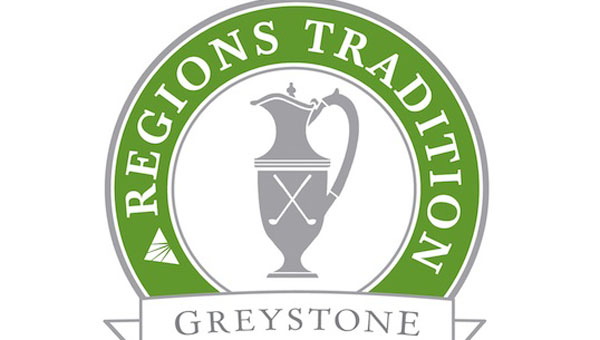 Regions Financial Corporation and the PGA TOUR’s Champions Tour announced June 25 the 2016 Regions Tradition, a major championship on the Champions Tour, will be held May 18-22 at Greystone Golf and Country Club for the first time. (Contributed)

HOOVER – Regions Financial Corporation and the PGA TOUR’s Champions Tour announced June 25 the 2016 Regions Tradition, a major championship on the Champions Tour, will take place May 18-22 at Greystone Golf and Country Club for the first time.

Shoal Creek Club has hosted the championship for the last five years.

The Regions Tradition began in 1989 in Arizona and first came to Alabama in 2011.

The tournament has had an exceptional run at Shoal Creek with the Jack Nicklaus-designed course hosting the tournament through 2015.

After that period, Shoal Creek expressed a desire to do significant course renovations, including rebuilding its greens, and subsequently Regions and the Champions Tour worked together to find a suitable venue to keep the tournament in Alabama.

Greystone Golf and Country Club, which will be the sixth venue to host the Tradition, previously held the Champions Tour’s Bruno’s Memorial Classic from 1992-2005, where past winners included World Golf Hall of Fame members Hale Irwin (2001), Larry Nelson (1999) and Hubert Green (1998).

Greystone underwent significant changes to prepare the course for the upcoming major championship.

Nine greens were reshaped or significantly modified to offer a wider variety of hole locations.

Of the nine greens, four were completely rebuilt to accommodate multiple hole locations, and five were modified to better utilize the entire putting surface.

All 39 existing bunkers were renovated, and several fairway bunkers were added. New tees were also added on holes 1, 6 and 14.

“Our members are thrilled to partner with the Champions Tour and are excited to have a major championship come to the club,” Greystone Golf and Country Club President Roy Sewell wrote in the release. “We look forward to hosting some of the greatest names in golf at Greystone, and hope that the fans and professionals will enjoy all of the course updates we have made to enhance the fan experience, along with the quality of competition.”

Of $14 million, more than $2.6 million has been donated to local charitable organizations since the Regions Tradition came to Birmingham in 2011.

Each of the four rounds of the Regions Tradition will be broadcast live on the Golf Channel, the exclusive cable provider of the Champions Tour, reaching more than 205 countries and territories and more than 145 million households.

Since 2011, when the Regions Tradition began at Shoal Creek, the economic impact is estimated at more than $54 million.

All Tours under the PGA Tour umbrella have donated more than $2 billion to help more than 2,000 charities and countless individuals around the world.

For more information on the Regions Tradition and the move to Greystone Golf and Country Club, visit Regionstradition.com.

The face behind the mask