COLUMBIANA – A 29-year-old Alabaster man facing a pair of attempted murder charges is set to appear in court in late August after his court date was continued to allow attorneys to interview witnesses in the case. 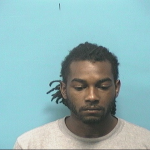 Jamel Kentrae Hall, who lists an address in the 300 block of Fifth Avenue Southeast in Alabaster, originally was set to appear in court in late May, but his court date was continued until Aug. 27 at 8:30 a.m. through an agreement between prosecutors and defense attorneys. The court hearing was continued to allow more time to review evidence and to interview witnesses, according to court documents.

The Alabaster Police Department, with the help of the U.S. Marshals Service, arrested Hall at his Alabaster residence at about 11:45 a.m. on June 10, 2014, and charged him with two felony counts of attempted murder.

Hall was released from jail in late February, a few months after Circuit Court Judge Dan Reeves denied a request to reduce Hall’s bond from $316,000, under which Hall was held from his June 2014 arrest until he was released.