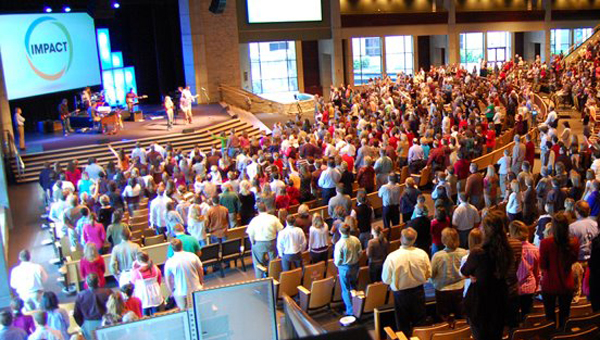 Pastor Matt Mason was selected to lead The Church at Brook Hills as senior pastor on June 28. (Contributed)

NORTH SHELBY—After a nine-month search, The Church at Brook Hills chose a new senior pastor to lead the 4,500-member congregation. Pastor Matt Mason was selected to the position by a special vote on June 28.

A nine-person pastor search team selected Mason from a pool of more than 70 candidates for the position of senior pastor of The Church at Brook Hills. The process to fill the position began following the September 2014 resignation of former Senior Pastor David Platt.

The lengthy process began with prayer and reflection on the scripture, James recalled.

“We wanted to make sure we were going in with a baseline understanding of the Word of God… We started with the biblical nonnegotiables,” James said, describing the ideal candidate as “someone, although incredibly gifted, who looks first and foremost to Christ.”

The senior pastor search team held an “all comers policy” throughout the process, accepting any application and giving each “due diligence,” James explained. However, the team also sought recommendations for the position.

“We were able to build out a really extensive candidate list,” James said.

The list included more than 70 candidates from nearly 15 states. Through the nine month process of examining each candidate, the senior pastor search committee selected Mason.

Although Mason was already part of The Church at Brook Hills community, he was not the “default choice” to fill the senior pastor position, James explained.

“We evaluated him along with each of these exterior candidates,” James said. “The thing that came up time and time again was his humility… he’s just such an approachable, kind, caring guy.”

“We found someone who was completely humble, yet completely confident in Christ and what Christ was calling him to do,” James said of Mason. “Matt is going to give us great new direction as we continue to move forward.”