COLUMBIANA – A 37-year-old Alabaster man is facing up to life in prison after he was recently indicted on three drug charges stemming from a pair of late 2014 incidents in Alabaster. 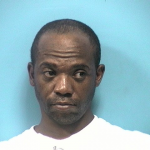 Turner said the substance was sent to forensic investigators, and tested positive for cocaine.

Cunningham was released from the Shelby County Jail on May 12 after posting bonds totaling $120,000. He is scheduled to appear in court for arraignment on Aug. 4 at 8:30 a.m.

Man pleads not guilty to charges of raping underage…