Man pleads not guilty to charges of raping underage girl

COLUMBIANA – A 36-year-old Helena man has pleaded not guilty to charges of raping and sexually abusing an underage victim after he was indicted on the charges in May. 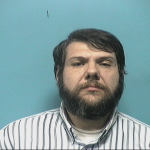 A Shelby County grand jury indicted Beavers on the charges on May 6, according to court documents. He is scheduled to appear in the Shelby County Courthouse for arraignment on Aug. 3 at 8:30 a.m.

The Alabaster Police Department arrested Beavers on Sept. 26, 2014, and charged him with the three felonies.

Beavers previously served 372 days in the Shelby County Jail in 2013 after he pleaded guilty to one felony count of interference with custody for “knowingly taking or enticing (the victim) from the lawful custody of its parent, guardian or lawful custodian” in 2012. He was released from jail in December 2013, and was serving a three-year supervised probation term when he was arrested on Sept. 26.

First-degree rape and first-degree sodomy are Class A felonies, and each carry a maximum penalty of life in prison upon conviction.