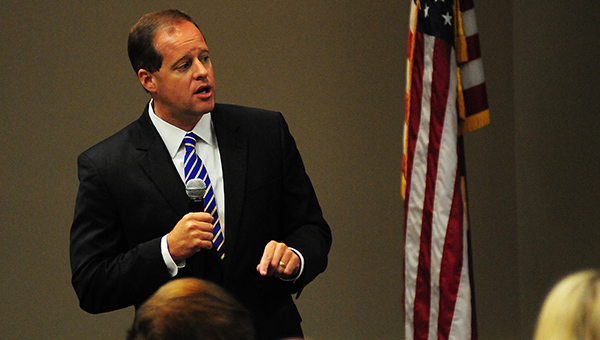 MONTGOMERY – The state’s Open Meetings Act got a boost on June 30, as Alabama Gov. Robert Bentley signed a bill into law replacing sections of the act a local state senator said were “gutted” by state Supreme Court rulings over the past few years.

Bentley signed the bill during a June 30 ceremony, amending the state’s Open Meetings Act of 2005.

“Transparency promotes government accountability, and as elected officials, we are held to a higher standard for our decisions,” Bentley wrote in a statement. “It is important that our state’s open meetings law allows the public to see and be involved in government decisions. I supported this bill last year, and I am proud to see the Alabama Legislature pass this important piece of legislation this year.”

“Government should be open, transparent, accountable and its business done before the people,” Ward wrote in a statement. “We have now strengthened the original intent of the Open Meetings law by forbidding members of a government board from holding secret meetings to collude on issues that should be discussed in the open. The people’s business should be done in the light of public oversight.”

Ward said one of the primary intents of the bill was to put an end to serial meetings. In serial meetings, elected officials meet without establishing a quorum to make decisions on matters outside of public view, and vote on the matter during a public meeting without public discussion.

Sheriff’s Office deputies respond to robbery at Walgreens on…