HOOVER—A 32-year-old Shelby County man has been charged with two counts of armed robbery, attempting to elude and possession of drug paraphernalia following a June 30 incident at Walgreens located in the Lee Branch Shopping Center. 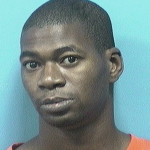 Shelby County Sheriff’s Office deputies responded to a reported robbery at the 101 Doug Baker Boulevard Walgreens around 7:30 p.m. on Tuesday, June 30. After a short vehicle pursuit with the suspect, deputies apprehended Gregory Christopher Standberry without any injury or further incident, a SCSO news release confirmed.

“I am first and foremost thankful that no one was harmed during this incident, and would like to thank our invaluable 911 call takers and Sheriff’s Office dispatchers, who were able to calmly communicate with the witnesses at the scene to gather vital and timely information for our deputies responding to the call,” Shelby County Sheriff John Samaniego wrote in a July 1 news release. “I am also appreciative of the Hoover Police Department for their quick assistance in the traffic pursuit.”

According to a June 30 news release from the SCSO, witnesses were able to “provide our 911 operators with descriptive details of the fleeing suspect and vehicle,” allowing deputies to quickly identify a vehicle matching the description.

Standberry was placed in the Shelby County Jail on two counts of armed robbery, attempting to elude and possession of drug paraphernalia.

The second count of armed robbery stems from an alleged prior incident earlier in June, SCSO Lt. Clay Hammac said.

“He is being charged with two counts of armed robbery,” Hammac said. “Our investigators were able to link him to a previous robbery last Friday.”

Standberry is currently being held on bonds totaling $501,500.