UPDATED: I-65 reopens after 18-wheeler wreck 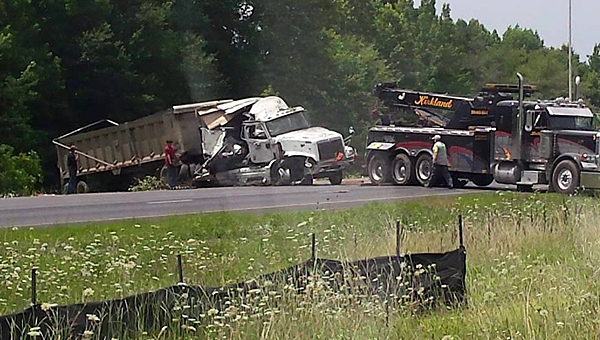 An 18-wheeler wreck closed Interstate 65 near the Pelham tank farm exit on the afternoon of July 2. (Contributed/Linda Lowden)

PELHAM – Traffic is slowly returning to normal on Interstate 65 southbound after an 18-wheeler overturned near exit 242 in Pelham.

The accident happened after 2 p.m. when the 18-wheeler traveling south left the road and overturned, according to witnesses on the scene. The road reopened at about 4 p.m., according to the Alabaster Police Department.

At about 3 p.m., the Alabaster Police Department reported I-65 southbound was closed to traffic near the tank farm exit, and reported traffic was heavy along U.S. 31 south as a result.

Meet Matt Mason, the new senior pastor of The…