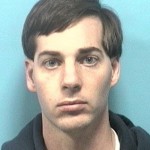 According to the release, the four-count indictment charges Jason Michael Hankins with “the production, receipt and possession of child pornography in 2013.”

Hankins worked at Shades Crest Baptist Church in Hoover as part of the Family Life Center staff, the release stated, and he located “at least one of his victims by seeking out a single mother on a Christian dating website.”

The case was investigated by the FBI, and Assistant U.S. Attorney Jacquelyn Hutzell is prosecuting the case.

As of July 2, Hankins is also facing 22 charges in Shelby and Jefferson counties.

Hankins is set to appear for a jury trial in Jefferson County on Aug. 24 at 9 a.m.