MCCALLA – Jefferson County sheriff’s deputies said they believe a body found in a vehicle in a wooded area near McCalla on July 4 belongs to a 47-year-old man charged with killing his wife and two children on June 26. 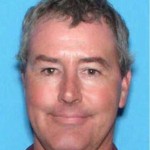 At about 4 p.m. on July 4, deputies responded to a wooded area between Groundhog Road and Lock 17 Road to investigate a report of a suspicious vehicle in the woods. When they arrived, deputies found a silver 2005 Dodge Stratus belonging to Stephen Sean Hutcheson.

“The body of a man believed to be Hutcheson was found inside the car, dead from an apparent self-inflicted gunshot,” read a Jefferson County Sheriff’s Office statement. “It appears the vehicle had been at this location several days.”

The Jefferson County Sheriff’s Office had obtained four capital murder warrants against Hutcheson on July 1, and had been searching for the suspect since June 28.

“We are shocked and saddened by this tragedy and are praying for the family during this time,” Shelby County School Superintendent Randy Fuller wrote in a statement. “We are cooperating with the authorities and are not at liberty to comment further on this ongoing investigation.”

Shortly before 7 p.m. on June 28, Jefferson County Sheriff’s deputies responded to a residence in the 5900 block of Coleman Lake Road in McCalla to conduct a welfare check on the victims after the victims’ family members reported not having contact with them for multiple days.

After deputies met one of the victims’ relatives at the house, law enforcement officials forced entry into the home and discovered the bodies of 49-year-old Doris Burchfield Hutcheson, 14-year-old Kimberly Hutcheson and 12-year-old Peyton Hutcheson. All three had been shot to death, according to deputies.

Stephen Hutcheson could not be located at the scene, and a silver 2005 Dodge Stratus owned by the family was missing.

“The investigation indicates that Stephen Hutcheson shot and killed his family Friday night (June 26),” read a Jefferson County Sheriff’s Office press release. “He left in the car to meet a girlfriend before taking her to a hotel where they stayed together until Sunday morning.