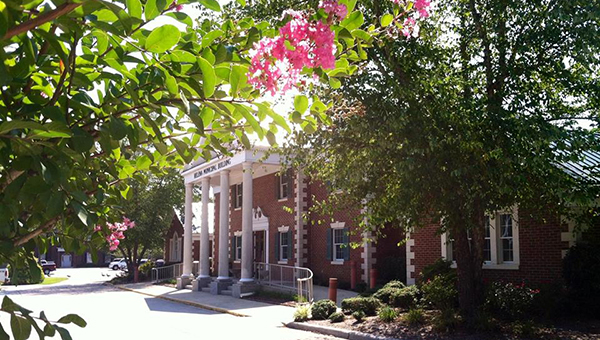 The Helena City Council approved an item on the July 6 agenda to allocate $2,500 for repairs and replacements for the Joe Tucker Park Playground. (File)

HELENA–The city of Helena and members of the Helena City Council approved an item on the July 6 agenda to approve the removal of some damaged Joe Tucker Park playground equipment and to approve some upgrades to the park.

“We discussed at the last council meeting when we were talking about repairing some playground equipment and then pre-discussion it was discussed that we would just remove the damaged pieces of equipment and then just do some upgrades via service material to the park,” said Helena Councilwoman Cris Nelson.

The decision was made to spend the $2,500 to remove an old merry-go-round that posed as a potential hazard and for maintenance and clean-up of the park and playground.

One of the plans was to possibly remove all the pea gravel and then do the whole playground in mulch but it was going to cost a lot more money after looking at that plan further.

“Also, Shelby County Parks and Recreation is going to bring the bark to Cahaba Lily so we will split the maintenance because of our partnership with them,” said Helena Mayor Mark Hall.

The city of Helena recently spent $10,900 to repair the bridges at Joe Tucker Park and to install a handicap ramp at the Helena Museum and Hall reiterated that those projects were complete and looked good.