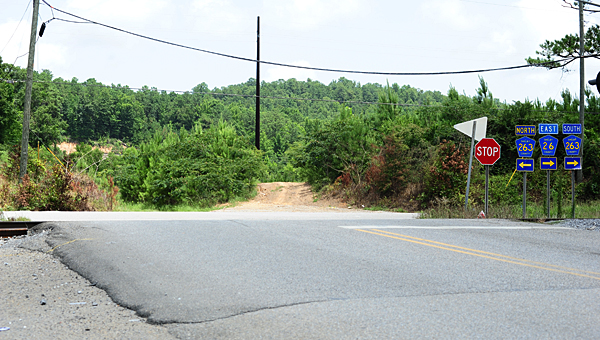 Alabaster is working with the Alabama Department of Transportation to extend Fulton Springs Road from its current terminus at Old Highway 31, pictured, to U.S. 31. (Reporter Photo/Neal Wagner)

ALABASTER – Alabaster leaders are looking to break ground on an extension of Shelby County 26, also known as Fulton Springs Road, within the next several weeks, as the city is still looking to attract a developer to bring a new retail area south of the South Promenade shopping center.

On July 8, Alabaster City Manager George Henry said the city is working with the Alabama Department of Transportation to finalize plans for the road extension, which will involve extending Fulton Springs Road from its current terminus at Old Highway 31 through an undeveloped piece of land to U.S. 31.

Henry said the city likely will finalize project plans with ALDOT in July, and said the project likely will begin “within eight-to-12 weeks” after the plans are firmed up.

City officials previously said they are working to attract developers interested in constructing a retail development on the property south of the South Promenade shopping center, and said extending Fulton Springs Road through to U.S. 31 will allow easier access to the property.

As of July 8, the city and possible developers had not announced any future plans for the proposed retail development.

In October 2011, the Montgomery-based Aronov company announced its plans to build a 300,000-square-foot Alabaster Exchange shopping center on the property off U.S. 31. Construction plans called for the new shopping center to be about the same size as the South Promenade shopping center.